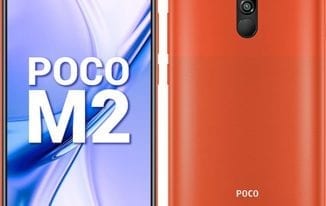 The Xiaomi Poco M2 is a less premium sibling to the previously released Xiaomi Poco M2 Pro. It also happens to be the most subtle smartphone from Poco. What’s more, it bears the same chassis design and specs sheet as seen on the Xiaomi Redmi 9. To buttress this point, we explore its specs and price, which will also help you make your purchase decision.

Where to Buy Xiaomi Poco M2 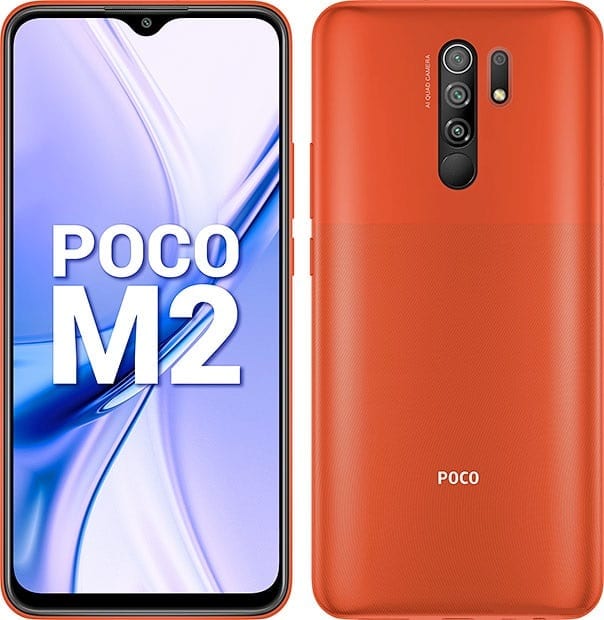 As mentioned in the introductory paragraph, the Poco M2 design mirrors that of the Xiaomi Redmi 9. Its the same subtle design. The absence of a circular ring around the rear camera module and the presence of the Poco branding in lieu of Redmi are basically the only dichotomies in design.

On the rear, you will find four cameras, three of which are arranged in a straight line with a capacitive finger sensor. You will also find the Poco branding indicating the OEM.

The Poco M2 is sort of generous with colour options, as it comes in four colour variants which include Carbon Gray, Sunset Purple, Ocean Green, Pink/Blue.

Similar to the Redmi 9, the Poco M2 bears a set of four cameras on the rear and a single camera up front for selfies. It’s not just the number of cameras, as the sensors and features on these cameras are actually the same.

The rear camera setup is capable of shooting videos capped at 1080p @ 30fps. Enthusiasts also have the luxury of HDR and Panorama mode for photos.

Selfies are manned by a single 8MP camera with an aperture of f/2.0. This camera supports video record up to 1080p @ 30fps. It also offers HDR mode for photos.

Performance on the Xiaomi Poco M2 is backed by a mid-range smartphone hardware, that comprises of an Octa-core MediaTek G80 processor, Mali-G52 MC2 GPU, 6GB of RAM, option for either 64GB or 128GB of internal storage, and a non-removable 5000mAh Li-Po battery.

Enthusiasts will also get the luxury of an 18W fast charge mechanism, it isn’t top-notch by any means, but its better than having nothing, especially when putting the price into consideration.

On the software side, it runs the MIUI 11 user interface on top of the Android 10 operating system.

Internet connectivity on the Xiaomi Poco M2 is capped at 4G LTE, this means you won’t have the luxury of 5G internet speed. Download and uploads are limited to 4G speed.

The Xiaomi Poco M2 was announced on September 8th, 2020, and became available for purchase as from September 15th, 2020.

Here are a few specs of the Xiaomi Poco M2: