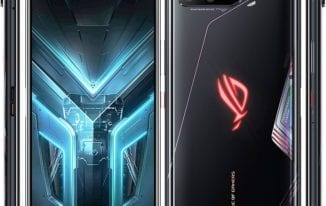 There isn’t really much to say about the chassis design of the Asus Rog Phone 3 Strix. This is due to the fact that its a mirror of the standard Asus Rog Phone 3. It bears the same build and the same chassis placements.

Speaking of build, the build of this smartphone comprises of Gorilla glass 6 upfront, Gorilla glass 3 on the rear and aluminum frame.

Much like its more premium sibling, wireless charging as well as water and dust resistance, which is sought of bizarre for a smartphone with this kind of build.

Asus claimed the reason they didn’t feature wireless charge, was because of need space for other more imperative features. The reason the Rog Phone 3 Strix is not water-resistant, is because of the air vents on the rear.

On the rear of this smartphone, you will find a triple camera setup, and LED flash, an air vent, and the ROG logo, which indicates its an Asus smartphone.

This camera setup is capable of shooting videos with maxed out at 8K 30fps, similar to what we had on the Samsung Galaxy S20 Ultra and the Xiaomi Mi 10 Pro 5G.

Selfies are taken with a single 24MP front camera with an aperture of f/2.0. This camera is capable of shooting videos maxed at 1080p @ 30fps.

As discussed in the intro paragraph, the hardware combo here is pretty identical to that of the standard Asus Rog Phone 3, with an exception to the processor and RAM variants, which saw a drop.

Powering the Asus Rog Phone 3 Strix is an Octa-core Qualcomm Snapdragon 865 processor, which is 10% lower than the Snapdragon 865 Plus on the ROG phone 3.

On the software side, you have got the ROG user interface running on the Android 10 operating system. 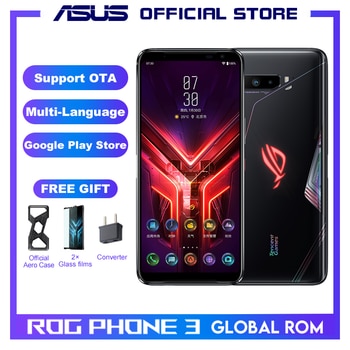 Internet connectivity is capped at 5G, which means enthusiasts can stream, download, and upload at 5G speed provided they are in an area with 5G reception.

Here are a few specs of the Asus Rog Phone 3 Strix: