Samsung’s smartphone market share has been falling in India due to intense competition from Chinese brands like Xiaomi, OPPO, and Vivo. The company lost its number one position to Xiaomi three years ago and in Q1 2020, the company slipped to the number three position, making way for Vivo to grab the second position in the Indian smartphone market.

While the Indian smartphone market shrunk to half during the pandemic, Samsung was the only brand among the top five players to see a decreased market share during Q2 2020. The company’s rivals are offering more feature-packed smartphones at lower prices, attracting more consumers. While the South Korean brand has improved its mid-range smartphones, slower Exynos chipsets are not helping its cause.

Samsung India is planning to launch newer Galaxy M series smartphones with more features and lower prices, and the company has a chance to prove itself amid anti-China sentiments. However, it needs to be seen if that helps the company in improving its market share in India. 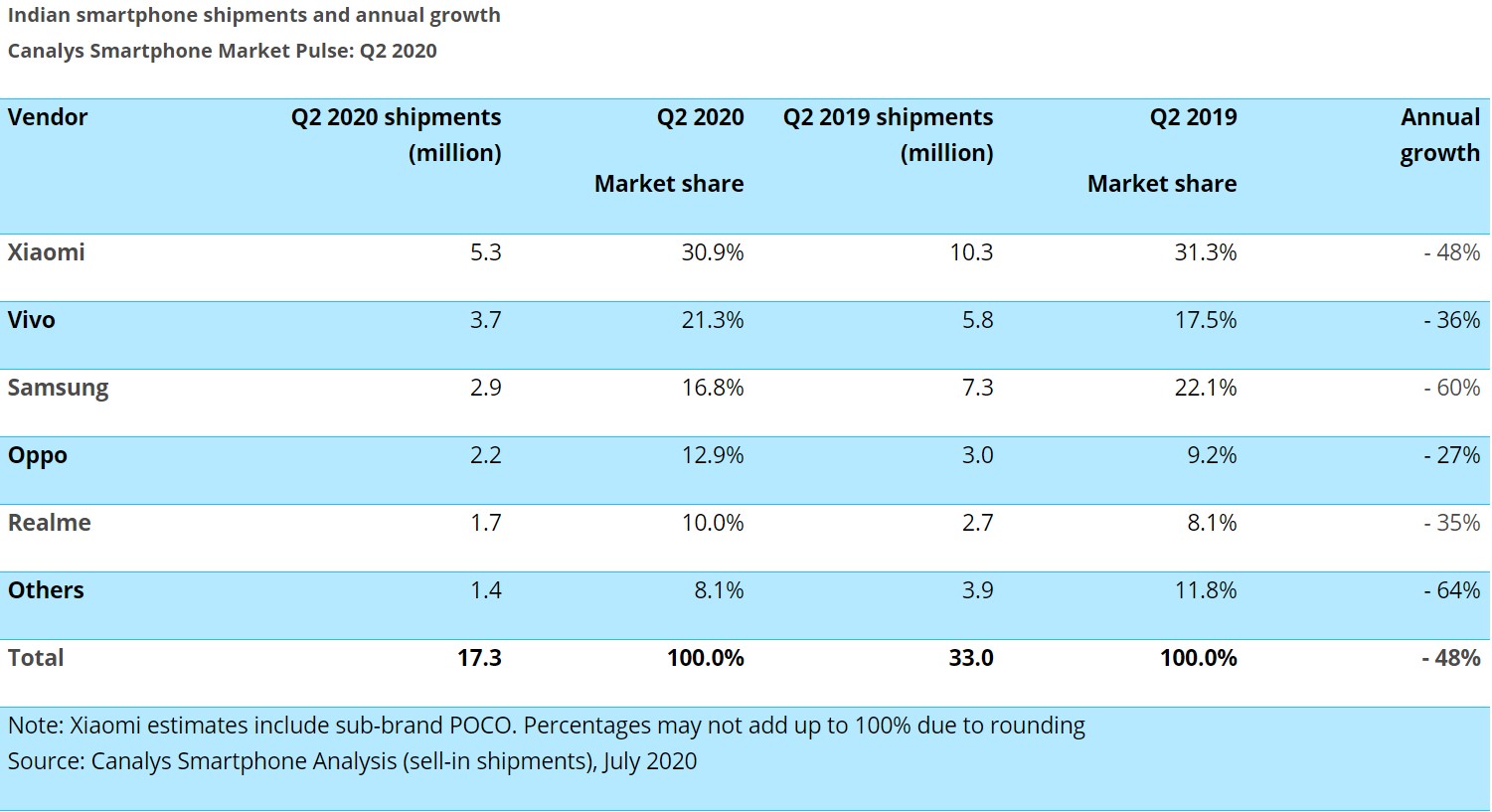