After accidentally listing it on Amazon, Samsung has finally and officially lifted the veil off its new  870 QVO SSD series today. The new drive will be available in four different configurations. Customers will be able to pick the 870 QVO SSD with 1TB, 2TB, 4TB, or a whopping 8TB of storage. The 870 QVO SSD has a starting price of $129.99 for the 1TB model but Samsung hasn’t yet revealed the exact launch prices for the larger variants.

The 870 QVO SSD is a second-gen quad-level cell (QLC) flash drive that can achieve sequential read and write speeds of up to 560 MB/s and 530 MB/s, respectively. It benefits from a large variable SLC buffer and Intelligent TurboWrite technology to maintain peak performance levels.

The QVO series was designed to combine SSD-grade performance with HDD-grade storage capacities, and the new 8TB model certainly achieves an impressive combination of both. Even compared to the previous 860 QVO SSD series, the new 870 QVO generation boasts a 13% improvement in random read speeds.

Samsung’s new lineup works with the company’s Magician software – the platform that recently got an important update to version 6.1 prior to Samsung dropping support for older versions. The company is also offering a three-year limited warranty along with the 870 QVO SSD. The product will be available for purchase online starting today, but the exact release date will differ for each market and model. 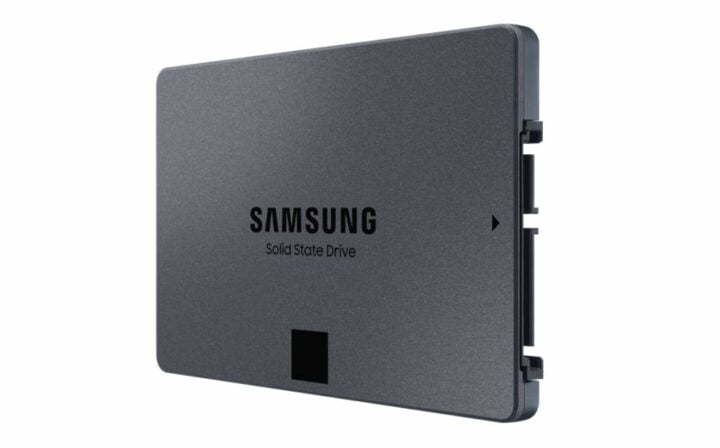 The post Samsung launches new 870 QVO SSD series with up to 8TB of storage appeared first on SamMobile.