Despite offering South Korea’s first-class energy efficiency rating, all these models offer excellent image quality, thanks to the QLED panel, with the ability to reproduce 100% of the color volume and Quantum HDR. Customers purchasing this new TV during the offer period will be eligible to receive a 10% refund (up to a maximum of KRW 300,000) per person from the Korea Energy Management Corporation.

When South Korean consumers buy a 55-inch or larger version of the QT67 series QLED TV, they will be eligible to receive a discount of up to KRW 600,000, including refunds and a KRW 300,000 benefit from Samsung. According to market research firm OMDIA, the global sales of QLED TVs are expected to be 31.7 million units in the first half of 2020, up by more than 50% (22.1 million units) from last year. 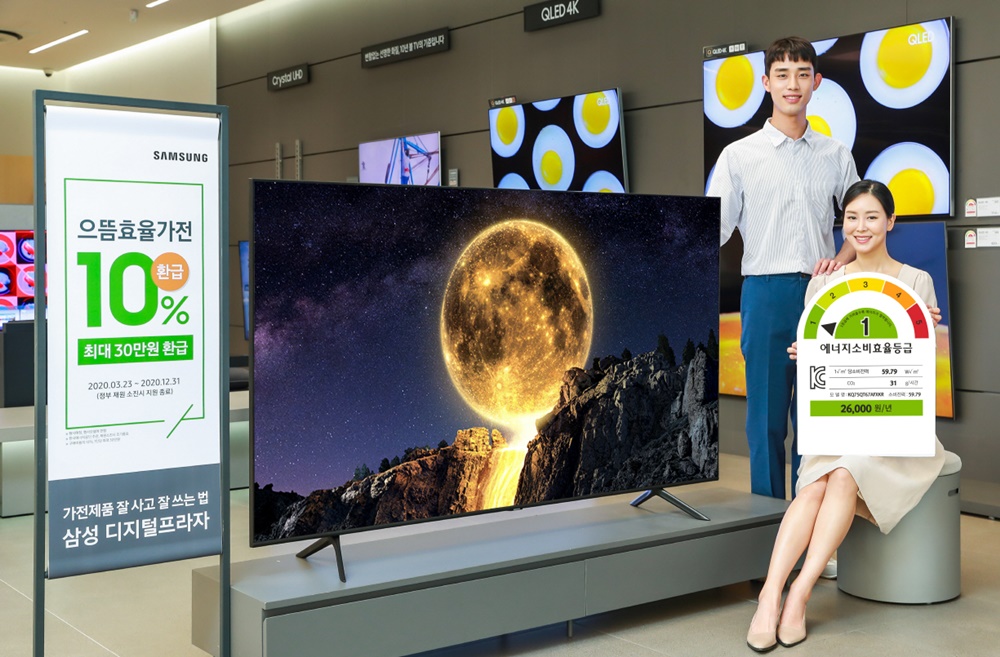