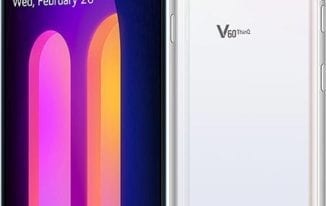 If you pay attention to the latest trends, it’s going to be a bit difficult to classify the LG V60 ThinQ 5G as a goto flagship in 2020. However, if you love having a dual display and loved its implementation on the LG V50 ThinQ, then you are certainly going to love this smartphone. 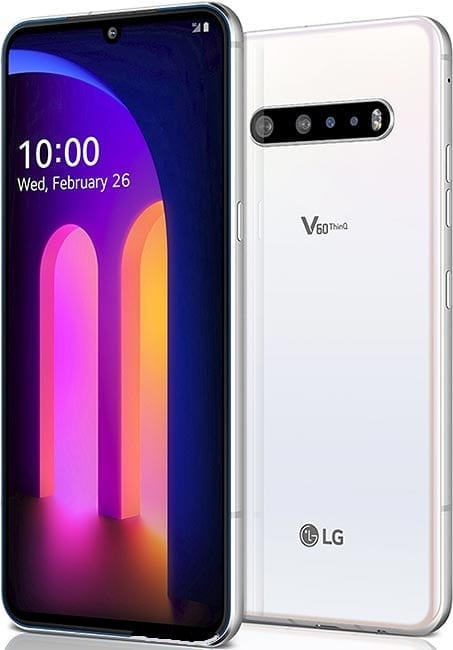 The LG V60 ThinQ iterates on the design of its predecessor offering a design that looks a bit more modern. If you loved the former design, then there is a high chance you are going to love this one.

Last year’s build remains untouched. You have got the same setup as that of its predecessor. Its Gorilla Glass 5 on the front, Gorilla glass 5 on the rear and aluminum on the frame, which sums up to a solidly built smartphone.

On the rear of this smartphone, you have got an array of horizontally arranged cameras, the V60 ThinQ branding and the LG logo branding which indicates its an LG smartphone.

Upfront we have a 6.8-inch P-OLED display, which is almost as big as the display on the Samsung Galaxy S20 ultra. The difference here is just one-inch.

Speaking about display, The LG V60 ThinQ continues the support its predecessor had for a special casing that gives users a dual display.

Just like we had it on its predecessor, this display can be used for multitasking. You could have a reference document on the secondary display and type on the primary display. The possibilities with this display are quite endless.

In order to ensure uniformity, the secondary display found on the special has the same size and resolution as that of the stock primary display on the phone its self.

Aside from having this display for multitasking, you have also got a smaller 2.1-inch display on the cover of the casing, which gives you a briefing on unread notifications.

Connecting this casing to the main device is pretty simple, all it requires is for you to align the Type-C port on the device to the USB-C connector on the casing.

Taking a general look at the recent camera trends, its easy to say the camera department on the LG V60 ThinQ is a bit subtle. There isn’t any super crazy zoom or any camera with a huge sensor.

However, making comparisons with its predecessors reveals some upgrades. You have got bigger camera sensors. Also, the Telephoto camera has been replaced by a TOF sensor which gives better depth info on objects.

The triple camera system on the rear is home to a 64MP primary camera, a 13MP ultrawide camera and a 0.3MP depth camera with a time of flight sensor.

The rear camera setup is capable of taking photos in HDR, Panorama. You also get to shoot 8k videos at 40fps, 4k videos at 30fps / 60fps. 1080p video record is also supported here.

For selfies, we have a 10MP selfie camera, which is capable of shooting photos in HDR and also videos capped at 4k 30fps.

The LG V60 ThinQ 5G  was tuned to meet up with the newbies in 2020’s smartphone hardware spec sheet. In summary, it features hardware capable of letting users crush many power-intensive tasks in 2020.

Inside this Android phone are an Octa-Core Qualcomm Snapdragon 865 processor, an Andreno 650 Graphics processing unit, an 8GB RAM, 128GB of internal, a memory card slot, and a 5000mAh battery.

On the software side, the LG V60 ThinQ runs its user interface on top of the Android 10.0 Operating system.

Internet connectivity on the LG V60 ThinQ 5G is capped at 5G. This means it has 5G support and users can stream and download at 5G speeds, provided their in an area with 5G reception.

Please note that requesting for the dual-screen casing will attract an extra $100, making the total cost of the smartphone to be about $1000.

The LG V60 ThinQ 5G was announced on February 26, 2020, and is currently available for purchase. You can get it in Classy Blue and Classy White.